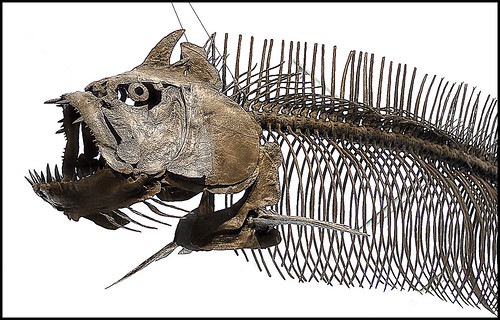 When my lovely wife Marion went up north to Sauble Beach last Wednesday to spend some time with her sister Denise at Denise’s cottage, I stayed at home so I could attend ROM Song Circle on Friday night. Being a bachelor for a few days, I went to the grocery store to pick up some things I could heat up for evening meals. Our local grocery, Cousins, prepares lovely made-on-the-premises Italian dishes you can heat up and serve. I selected a small fettuccine with meat sauce, and when I went by the meat counter I noticed they also had some nice looking fresh haddock and cod fillets. My family doctor is always encouraging me to eat more fish and I thought, why not, and picked up a package of cod.

Now here’s the thing: Marion is a vegetarian. Not on principle, but because she can’t tolerate the taste of meat, or even its smell when it’s cooking. Triple that for fish. Except for when I eat out, I share the same vegetarian diet because there’s no point in making separate meals and, anyway, I enjoy vegetarian food. I figured that with three day’s buffer, any lingering fish smell should be gone by the time she returned from the cottage.

It had been some years since I cooked fish at home, so I was a little rusty on how to go about it, but I melted some butter in a non-stick pan and when it was hot I put on the fillets, uncoated, with a little salt and pepper. When I judged them to be about half cooked, I flipped them and put a little salt and pepper on the reverse side. I must say the fillets looked tasty and I’d steamed up some green peas to accompany them. It was a success, and I stuffed myself full.

Being solicitous of Marion’s high sensitivity to fish smell, I was very careful to do a thorough cleanup. I had left the kitchen window open while frying the cod, despite a brutal GTA heatwave, to allow as much odour to escape as possible. When finished I carefully washed everything by hand, especially the frying skillet. I poured the butter down the drain and scrubbed the pan thoroughly with dish detergent, then ran water down the sink for an extra long time.

Satisfied that I’d cleaned thoroughly, I settled in for an evening of video watching, which is somehow less lonely than reading a book when you’re by yourself. I’d got hooked on a grade B SF TV show from Netflix called Stranger Things. It wasn’t all that good but I don’t watch a lot of video and it was a change of pace for me. After binge-watching several episodes, I went into the kitchen to have a few nibbles of snacks before going to bed. I could detect a lingering fish smell, but assumed that was normal and that it would dissipate.

The next morning I walked into the kitchen to put on the kettle to make some coffee and I could still smell the fish. It was a faint smell, I thought, but my sense of smell has diminished somewhat with age so I figured if I could smell it Marion would smell it more intensely, so I opened the kitchen window again. The outdoor air was already warm and swarmy, reminiscent of the US deep south, but I left the window open for a couple of hours.

I turned my attention to the CDs I was reviewing for the Canadian roots magazine Penguin Eggs and the day passed quickly. When evening arrived I heated up the fettuccine in the microwave and enjoyed a light meal, but while I was cleaning up it seemed to me that the fish smell hadn’t gone away at all. I emailed my friend Mark about it. We often share our technical problems, though they’re usually computer related, but Mark is a good cook and suggested pouring some vinegar in the drain and maybe frying up some onion and garlic to mask the fish smell. The onion and garlic idea seemed especially good to me because Marion loves them as much as I do. I did a small fry-up and it seemed to work. I went back to binge-watching Stranger Things.

On Friday morning when I went into the kitchen the residual onion and garlic smell was faint, but the fish smell was stronger than ever. It was the hottest day of the summer so far with a humidex of over 100 degrees Fahrenheit. I left the window closed so the air conditioned air wouldn’t escape. I had thought that by now the fish smell would be gone and with Marion due to arrive home the next day I was feeling uneasy about the lingering odour of cod but couldn’t think of anything else to try.

I went to the ROM song circle Friday evening and, as always, it was a musical treat. Tony and Veronica were there with their fine singing voices and instrumental work. Dave played his resonator guitar and twelve-string. Brian and Hooley both played banjo. Ross, on bass, kept us on the beat, while Cedric played his electric guitar (at minimal volume), and Grant and I played our La Patrie classical six-strings. Judy helped out on vocals. Brian and Veronica swapped off on fiddle, and we sang a cartload of our favourite songs. A perfect musical evening.

I was in a mellow mood when I got home until I walked into the kitchen and its fish smell. Damn, I thought, Marion’s coming home in the morning. What else can I do? My mind seized on a thought: the drain. The smell has to be coming from the drain where I poured in the fish-frying butter. I went on a hunt through our seldom used household stuff and finally found a barely-remembered can of Drano. I wasn’t happy about using it, since I try to be “green,” but I was getting desperate. I poured in some Drano, covered with a cup of cold water, let it sit for half an hour, then rinsed the drain thoroughly. And despite the heat (and any stray burglers) I left the kitchen window wide open overnight.

Next morning–Saturday–I walked into the kitchen and, to my dismay, the smell, if anything, was stronger than before. I did the Drano thing again. I emailed Mark that I thought Marion would notice it right away when she got home.

Around 11 a.m. I heard the garage door open and I went to the door to help Marion carry her suitcase and bags into the house. The moment she walked in she said, “What’s that smell? Fish?” I confessed that, yes, I had cooked some cod and that I couldn’t seem to get rid of the smell. She took it fairly well, considering how much she detests fish odour, and we got her gear unpacked and put away. I apologized profusely and detailed all the steps I’d taken to try to freshen up the kitchen. She went to the kitchen to see what she might do about it.

“Gene,” she said, “What’s this?” I looked at the plastic bag in the corner of the counter that I can’t say I’d noticed before. “This is your fish packaging you goof! It’s gone rotten!”

So it had. I must have pushed it to one side while I was cooking and lost track of it. I had the honour of disposing of it, and it had a ghastly smell. Not just cod, but rotten cod.

After giving me a look that said, “you’re hopeless,” we began giggling. What else was there to do?

In the end she decided to keep me, with the proviso that I eat out  when I want fish.

Gene Wilburn is a writer ~ photographer ~ humanist
View all posts by Gene Wilburn →
This entry was posted in Humour. Bookmark the permalink.

4 Responses to A Fish Story