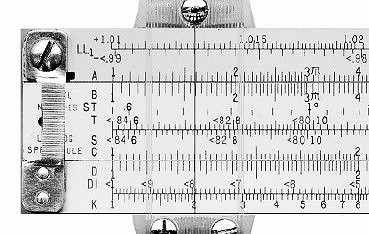 I’d never been truly inspired by a teacher until I entered high school (Lyndon, Illinois) and got Mr. Buikema for general science and algebra.

He was a newly minted teacher from Northern Illinois University at Dekalb. With his blond crewcut, dark horn-rim glasses, and enthusiasm for science and math, he epitomized the collegiate, scientific look of the late 50’s. Not to mention he was a fan of the Kingston Trio, my favourite music group, and he had built his own Heathkit amp which he connected to an AR-3 speaker (this was before stereo). I idolized him.

I liked science and enjoyed his lab, but what really excited me was his algebra class. I’d disliked arithmetic because it was so boring, but algebra — it was a new language, the beginnings of real mathematics. I was hooked. The symbolic notation and equations appealed to me from the start. Factoring seemed intuitive and beautiful. I loved story problems of the type “if Train A is going west at X miles per hour, and Train B is going east at Y miles per hour, etc., how far will each have traveled when they pass each other.”

One day while we were working on our algebra exercises, Mr. Buikema pulled a slide rule from his leather briefcase to do some grade calculations. I was smitten. I’d heard of slide rules but I’d never seen one up close, much less met anyone who knew how to use one. The slide rule, or “slipstick” as it was affectionately called, was the icon of science and engineering. Wernher van Braun, the German, then American, rocket scientist was photographed using one.

After class I asked Mr. Buikema if they were hard to learn, and he said if I picked up an inexpensive one, he’d teach me how to use it. The next week my Mom bought me a plastic 10-inch slide rule for $1.99 at Walgreens. It had the most-often used scales and while it lacked the precision of an engineer’s metal or laminated bamboo slide rule, it was more than adequate as a learning tool.

Mr. Buikema taught me how to do multiplication, division, squares and cubes. It was my first calculating machine, and I loved its elegance and what would be called, a half century later, its geekiness. To my delight I found I could use the slide rule effectively in solving physics problems, calculating forces on an inclined plane, and velocities of objects in motion.

I had joined the Space Age.

Gene Wilburn is a writer ~ photographer ~ humanist
View all posts by Gene Wilburn →
This entry was posted in Math, Memoir, Technology. Bookmark the permalink.

5 Responses to Slide Rule (I)